The primary function of the Water Division is to provide consistent on-demand tap and fire protection water service to the customers in the Oldsmar service area. It administers the Florida Department of Environmental Protection’s (FDEP) procedures for distribution of the water supply to the city.

In 2013 the City of Oldsmar opened the Bruce T. Haddock Water Treatment Plant. This Reverse Osmosis Water Treatment Plant (ROWTP) helps reduce strain on local surface water for potable water production by utilizing a previously untapped source of brackish water. Our operators work hard every day to ensure our residents have safe drinking water. They’ve done such a great job that our ROWTP has won the FDEP Plant Operations Excellence Award in 2013 and 2018 and the 2014 Southeast Desalting Association Outstanding Membrane Plant Award.

Click for link to the Annual Consumer Confidence Report

If you experience a high water bill, the most common cause is a leak.  Look for wet areas in and around your home that are not typical. Check all taps and spigots. Toilet leaks are very common. Try turning off all water in your home and check to see if meter is still registering flow.  If so, call a plumber or number above.

Did you know that a toilet leak can waste from 30 to over 1,000 gallons of water per day? Leaks are one of the most common causes for high water bills. So, fixing a leak can save water and money. 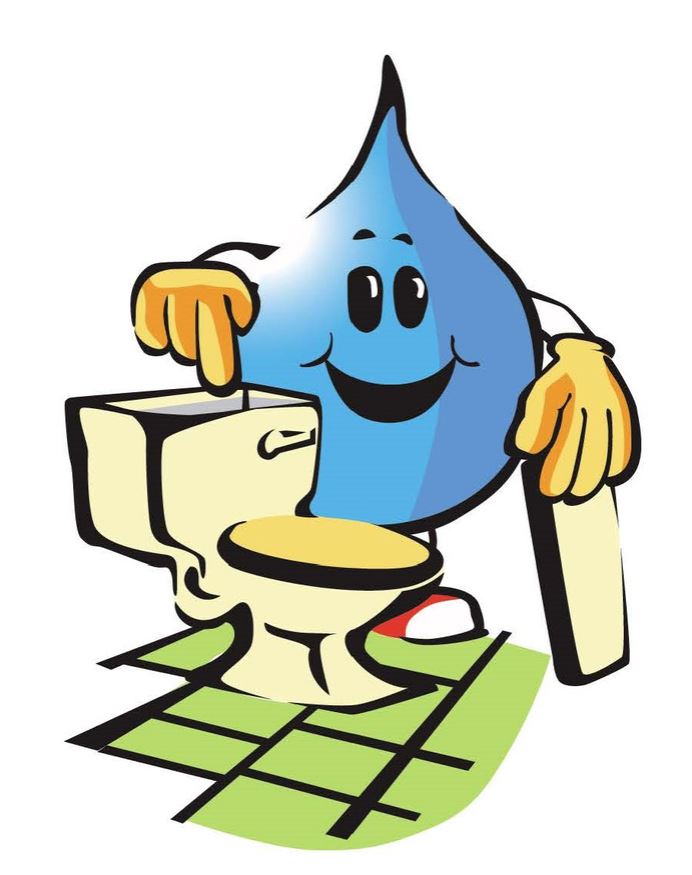 How to test for toilet leaks

To get free leak detection tabs, email the Sustainability Coordinator

Why do we use brackish water instead of freshwater?

The increased demand for fresh tap water in Florida has increased significantly in the last 20 years. This increase demand on traditional freshwater wells has caused adverse effects on the lakes and wetlands around the area by depleting the Floridan aquifer much faster than it can recharge. The use of brackish wells and ROWTPs has greatly reduced the strain on our local surface waters for tap water production. Our ROWTP helps keep our lakes and wetlands healthy and decreases saltwater intrusion into our surface water.

What is Reverse Osmosis?

Water naturally moves in a process called Osmosis. This is when non-salty water moves towards salty water. Reverse Osmosis uses pressure to push salty water through a membrane to remove salts. This process creates non-salty freshwater. 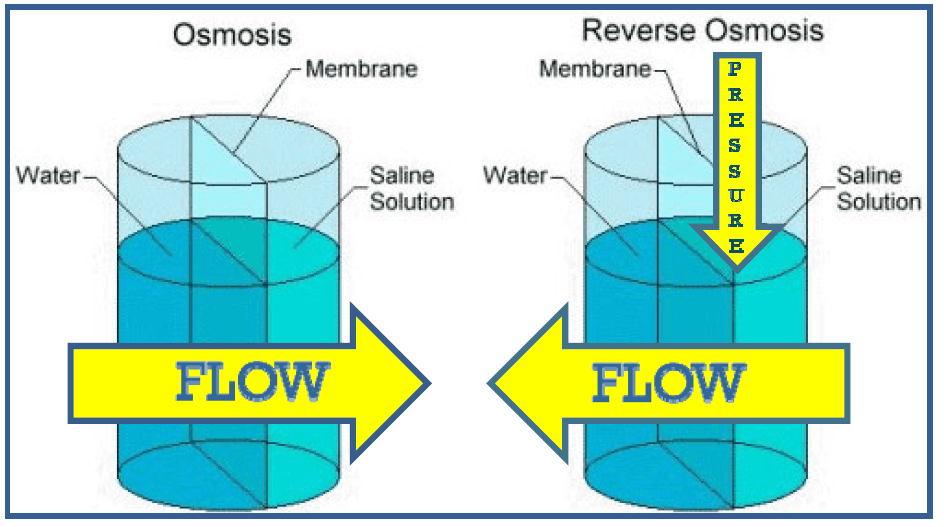 How is tap water made?

There are four basic steps to produce drinking water: 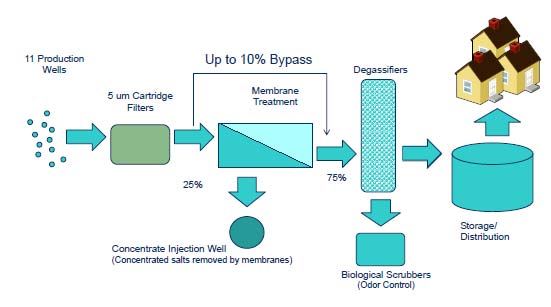 How much water is produced daily?

The ROWTP is permitted to produce 2.0 million gallons per day (MGD). The 11 brackish supply wells are permitted to produce 2.7 MGD. The wells have a higher permitted rate because 1,000 gallons of treated well water produces 750 gallons of drinking water. Even though we can produce 2.0 MGD, the average daily demand in Oldsmar is 1.2 MGD, this allows our ROWTP operators to  quickly respond to increased or emergency water needs.