In most climate plans you hear a lot about sea level rise and storm surge but not as much about everyday rainfall flooding. Using historic rainfall patterns and projected climate trends, we have modelled the effects of rainfall flooding for Oldsmar.

What we are seeing in our models is that areas in the north of the city are more susceptible to rainfall flooding than the coastal areas. One of the reasons this is the case is because of how our watersheds work. We have water flowing from large watershed areas (like Brooker Creek Preserve) into the city. Currently, most of the places that flood during rainfall events are meant to do so (such as stormwater ponds or wetlands) or are parks/natural areas. As we move into the future with a higher water table, the flooded areas will increase to potentially affect the built environment.

Below are maps showing the effects of rainfall flooding on the city today and in 2040.

Note: The maps reflect flooding for increased strength for the year 2040. The lower the chance of an event happening means the stronger the event will be. 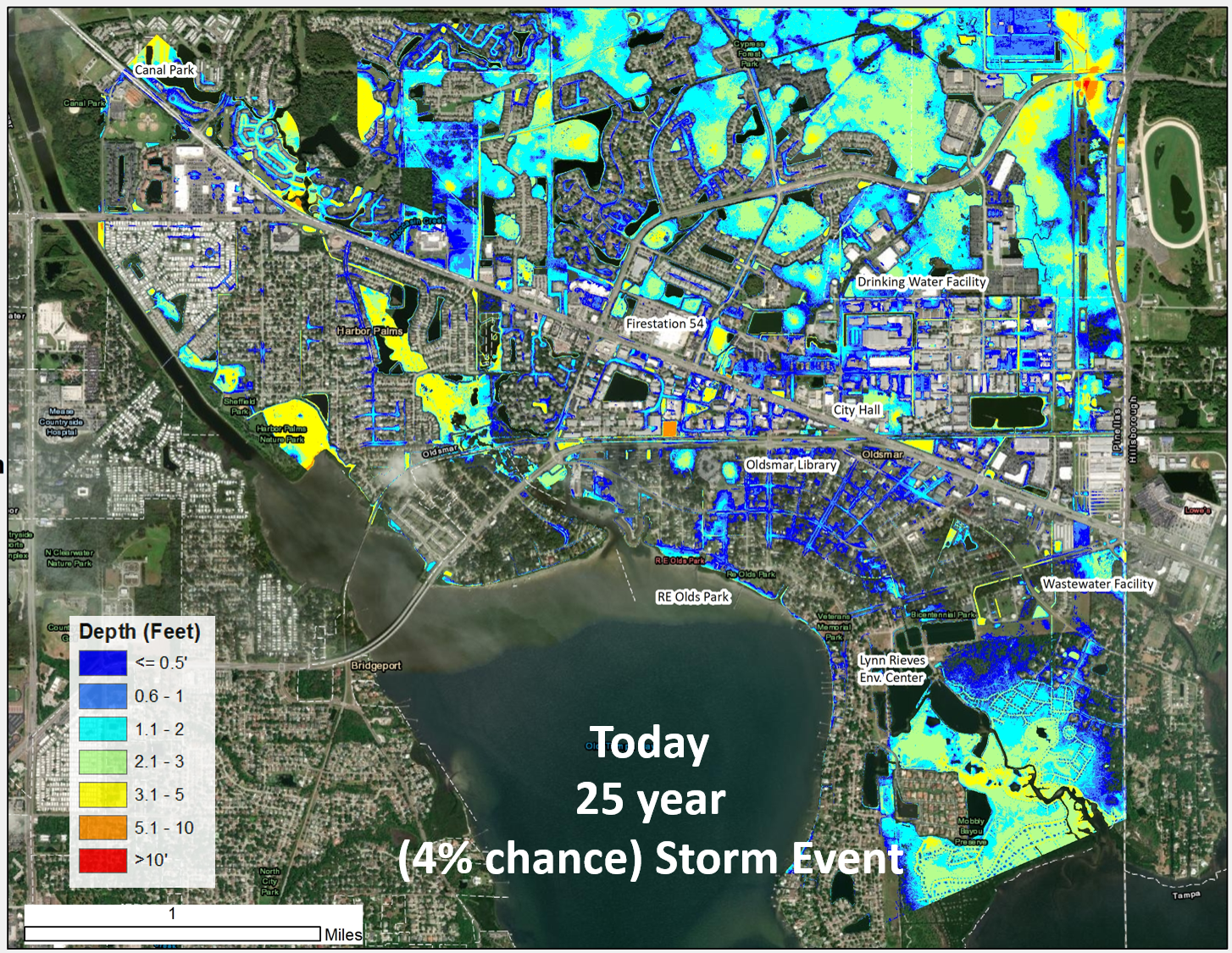 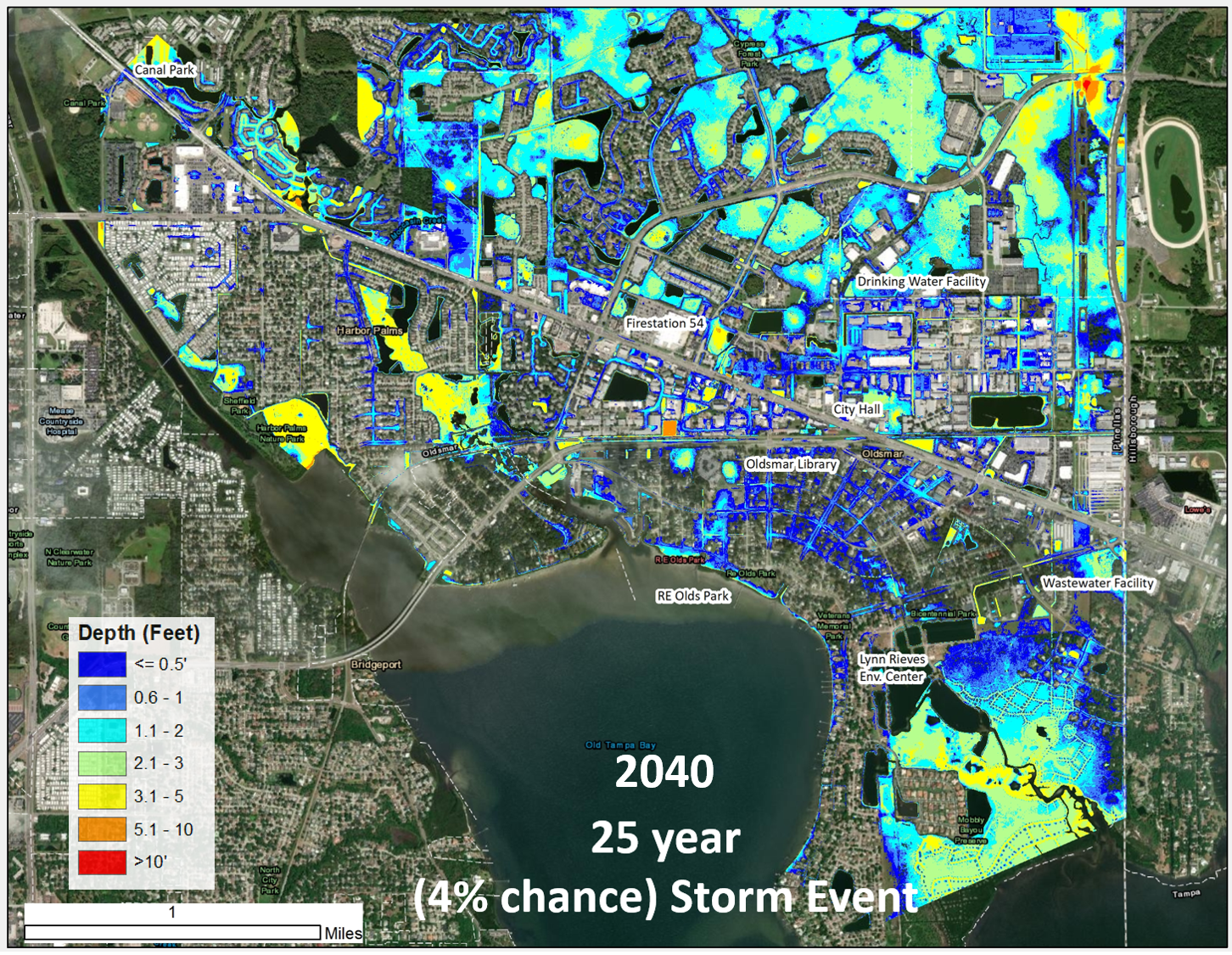 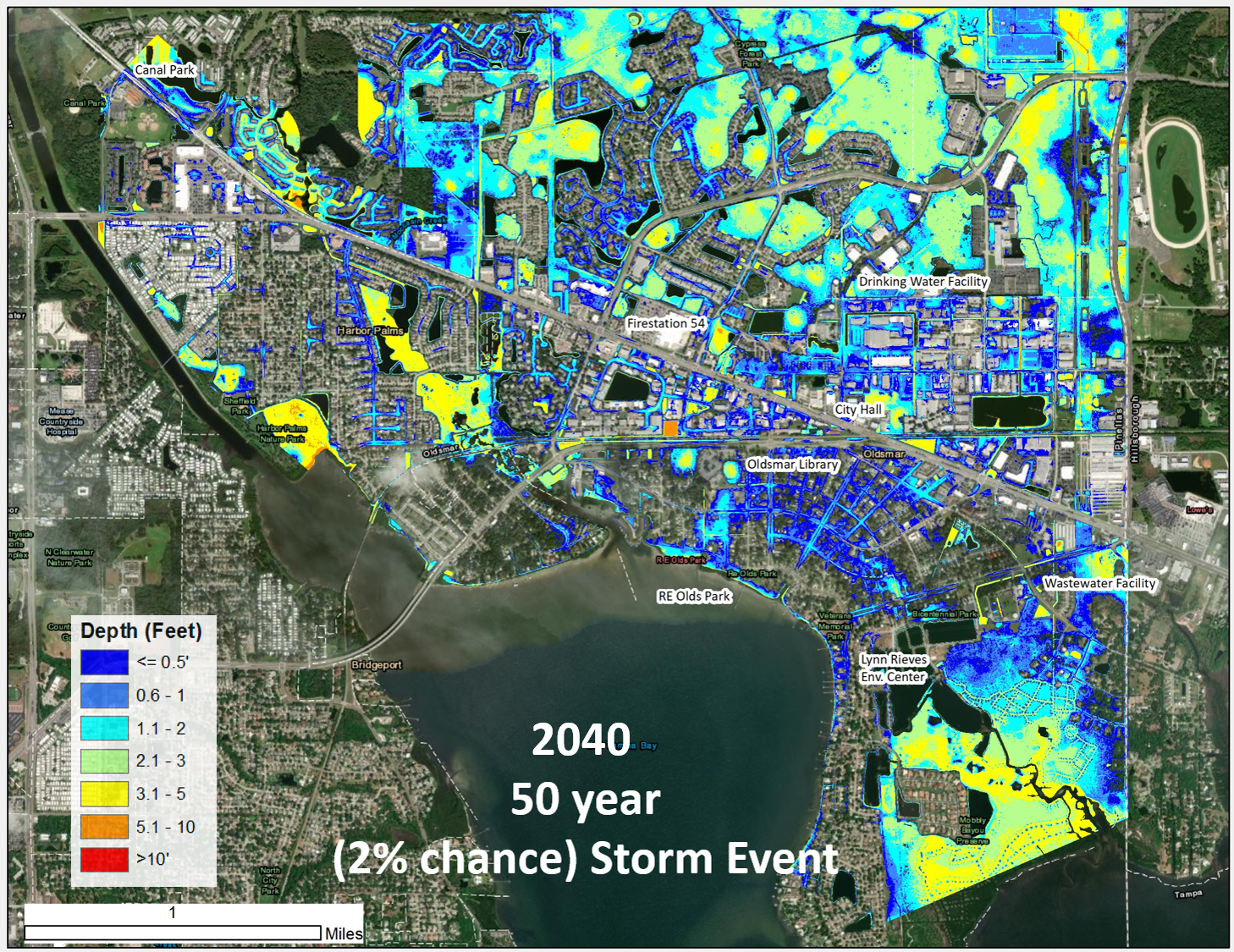 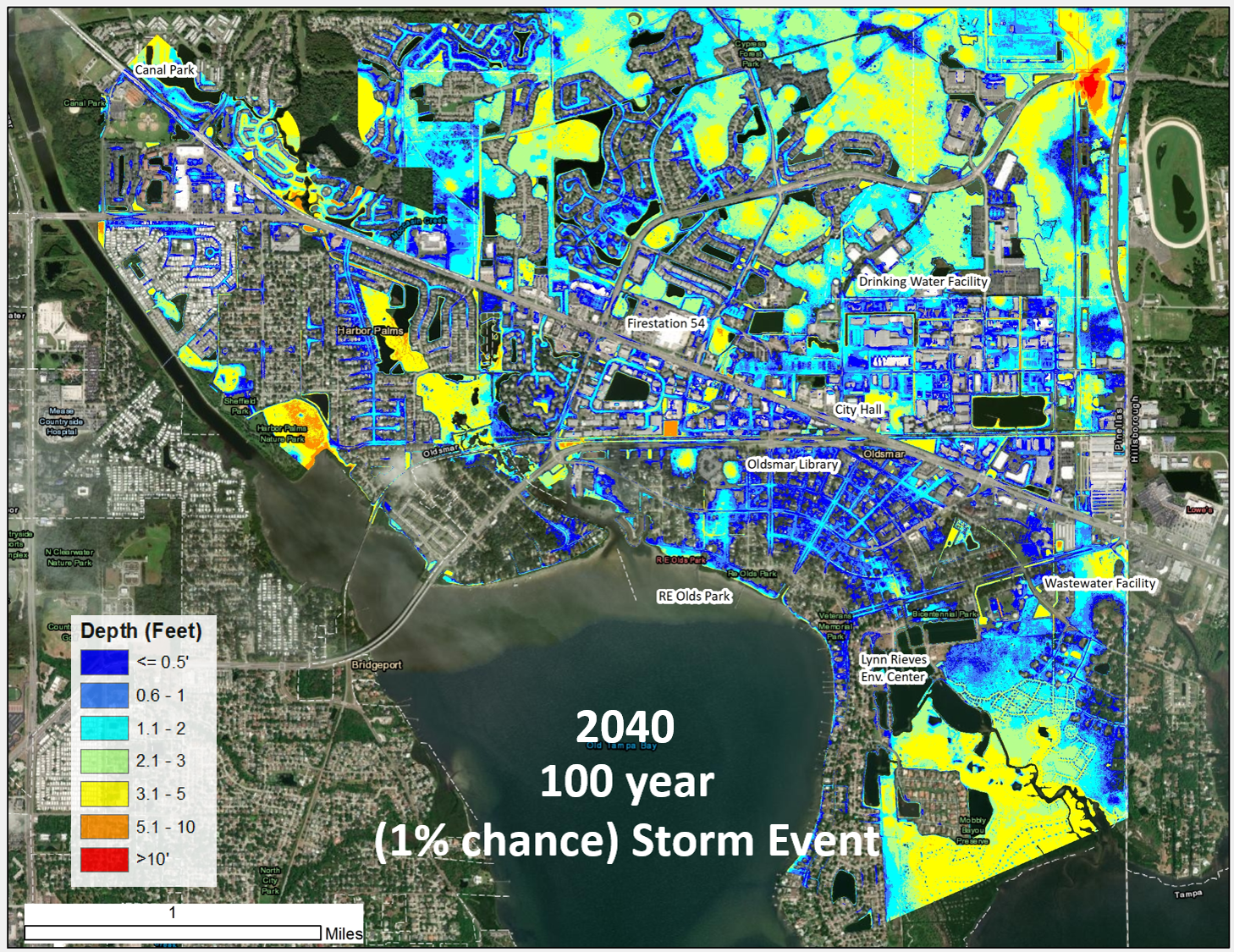